We are delighted to announce that a publication celebrating 50 years of British Athletics League history is now available to purchase online. Copies can be bought for £5, or £8 for two, and £10 for three, which is the maximum order. The cost includes postage and packing, with all money raised going to help young

NATIONAL ATHLETICS LEAGUE 2020 CORONAVIRUS STATEMENT 2 After a further period of discussion between NAL Board Members, and taking into account advice and guidance being offered by HM Government and the governing bodies it has been agreed that the 2nd Round of NAL fixtures due to take place at various venues over the weekend of

NATIONAL ATHLETICS LEAGUE 2020 CORONAVIRUS STATEMENT This statement issued on behalf of Len Steers, Chair of NAL. Following discussions with Board Members it has been agreed that the 1st NAL fixtures due to take place at various venues over the weekend of Saturday & Sunday 2nd & 3rd May 2020 are now all CANCELLED. The 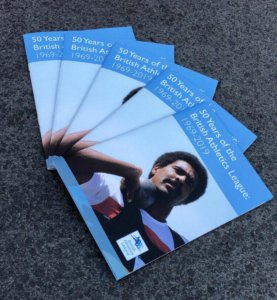 “A new dawn began on 10 May, with Twickenham, Sale and West London playing host. The Beatles were number one with Get Back, Harold Wilson was Prime Minister, and England were the reigning football world champions.” The following words refer to 1969, the inaugural year of the British Athletics League. Current and former athletes, team 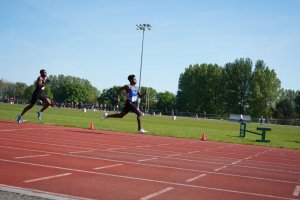 10.39 for Azu. Records broken at first BAL fixture of the season.

Echoing what Tyri Donovan tweeted yesterday, “Who brought the Caribbean to Swansea?”, not only did yesterday’s Premiership and Division 1 in South Wales stage record performances, it also treated athletes to the most glorious weather this year. More like a mid-July ambience, the sun was shining and performances certainly weren’t rusty. After the disappointing news

Scroll back to top
We use cookies to ensure that we give you the best experience on our website. If you continue to use this site we will assume that you are happy with it.Ok