We are delighted to announce that a publication celebrating 50 years of British Athletics League history is now available to purchase online.

Copies can be bought for £5, or £8 for two, and £10 for three, which is the maximum order. The cost includes postage and packing, with all money raised going to help young athletes through the Ron Pickering Memorial Fund, which has also supported many BAL athletes on their journey along the athletics pathway.

To order, simply place the details of your order request in this short contact form. 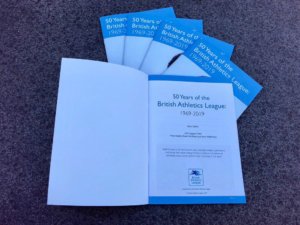 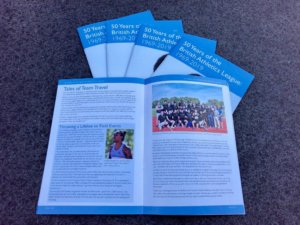 The publication itself features a range of nostalgic contributions from athletes, committee members, team managers and officials. Olympic champion and President of World Athletics, Sebastian Coe said: “The competition has been of constant high standard and I remember fondly my own competitions as a member of the Haringey team that were not only important for the club and its status but were important stepping stones to championships later in the season.”

There are great stories of feats that will impress, surprise and amuse you, from exhausted athletes doubling-up to score points, to guitar sing-alongs on team buses. Liverpool Harriers’ Mike Holmes has provided a fascinating series of archive reports that bring the piece to life, as do images by Mark Shearman and Melissa Gresswell. Statistical information has also been compiled by Peter Matthews, with a club-by-club directory of every team to compete over the last five decades put together by Mike Heath.

Keen for a soundbite? You can listen to author Alex Seftel’s interviews with former BAL Chairmen Dean Hardman and Jack Walters in the England Athletics Podcast.

Should your club be interested in hosting Alex as a guest speaker – by webinar or in person once possible – to talk about 50 years of British Athletics League history, you can also get in touch using the contact form.

Please note that orders will be satisfied on a first come first served basis. No booklets will be sent until payments have cleared so allow please allow seven working days between order and delivery.

We hope you will enjoy the read. 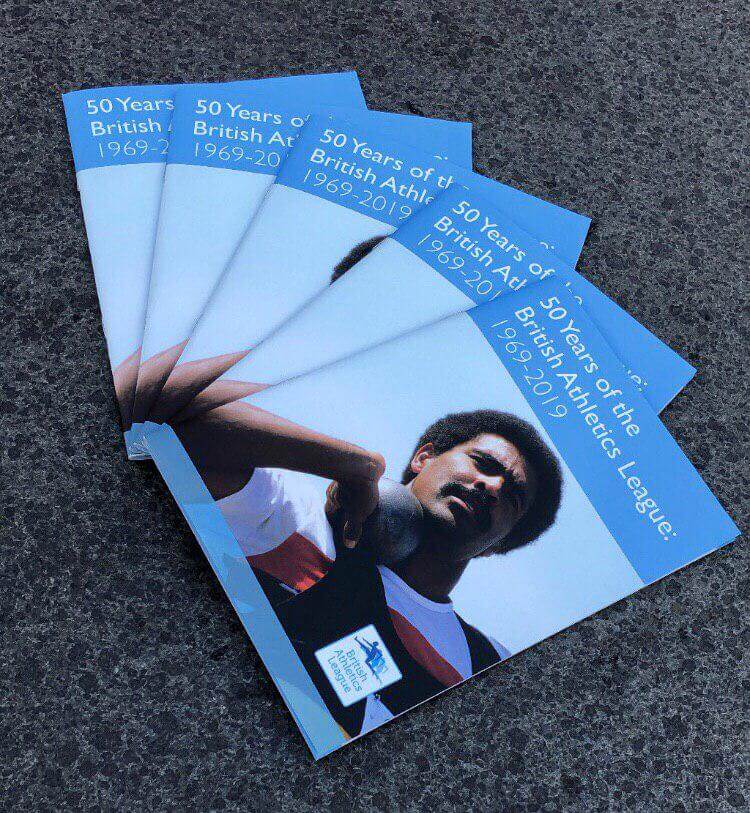 “A new dawn began on 10 May, with Twickenham, Sale and West London playing host. The Beatles were number one with Get Back, Harold Wilson was Prime Minister, and England were the reigning football world champions.” The following words refer to 1969, the inaugural year of the British Athletics League.

Current and former athletes, team managers, officials and others have all been involved in celebrating 50 years of the competition which was originally known as the National Athletics League.

Tales of everything from great performances, to bus journeys, and moments of team spirit have been shared in a publication to mark the anniversary. It includes a short chronological decade-by-decade history, statistics compiled by Peter Matthews, and a club-by-club directory put together by Mike Heath.

Olympic champion and President of World Athletics, Sebastian Coe contributed by saying: “The competition has been of constant high standard and I remember fondly my own competitions as a member of the Haringey team that were not only important for the club and its status but were important stepping stones to championships later in the season.”

Coe raced in the BAL during its heyday when just about every British Olympic medallist you can think of turned out in their club vest to league fixtures. Jack Walters was the BAL’s Chairman during much of that time, and Jack, who still coaches at Luton Athletic Club, has been interview in the England Athletics podcast, along with two former Luton athletes Tim Watson and Ian Green.

Jack talks about the joy he has felt from seeing athletes progress and the sportsmanship of British teams down the years. “You do your damnedest to make sure that every event is covered – you need two athletes for each event – an A and a B string,” he says. “If that means getting hold of someone who normally does the 100 metres and sticking them on the pole vault to get a point then you’ll do it and I’ve done that as Team Manager of Luton on many occasions.”

The podcast can be listened to on both SoundCloud (play below) and Apple Podcasts.